This is the last solo from the Prince One Night Alone – Live box set! I hope you’re not sick of it, because I’m not 🙂

Fittingly, this is the actual last track – a reprise of Everlasting Now. Candy and Maceo both solo’d on this track on disc 2.

This is an eight bar solo, but it’s packed with lots of funky goodness. Candy does a fast 3-1-6-5 run is bars 4-6 that is very well executed. I love the lick in bars 7-8. The staccato attack really makes it (even though I totally blew it), and I love how she alternates between the minor and major third of the chord to great effect.

I included the 10 bars after the solo where she switches to background parts. It feels like she’s making them up since they change every time, but I liked how well she got out of her solo and jumped right back into a supporting role. What a pro!

You may notice that I’m back to my Mark VI alto for this one. The new Conn 6m is in the shop getting some TLC. It played great before (on most notes), but definitely needed some tweaking. I still love my Mark VI, but man do I miss the Conn!

This is another Najee soprano solo from the “One Night Alone – Live” box set that I almost didn’t transcribe. But I listened to it a few more times and it grew on me.

This track opens the box set, and is a full-on free-jazz electric odyssey for the first full minute. It settles in to a funky jazz groove (kind of like ‘Superfly’ with a swing feel) and Najee kicks it off with a soprano solo.

There’s some crazy hard stuff to play in this solo. It’s only a minute long, but it’s dense. In bar eleven he starts a 7-1-4 hemiola that you just have to feel. I had a hard time reading the triplet figures starting in bar eighteen. After notating it, I pretty much stopped looking at the page and just listened to it a bunch until I had internalized the patterns as well as I could.

The run in bar 32 sounds like a blur, but when you slow it down, it’s amazing how cleanly he executes it!

I’m almost done with this Prince box set! I put off this transcription because I wasn’t a big fan of it, but as usual, once I started working on it, it really started to grow on me.

This is another solo from Najee, this time on soprano sax, so I get to dust those chops off again! This is a straight-ahead jazz feel, kind of a 16-bar blues.

There are some cool runs in this one. I especially like the 11-12th bars of the first chorus. At first I thought he was doing some kind of altered substitution, but it turns out it’s a straight-forward 1-2-3-5-6-b7 run, but it starts on the 2, which puts the extensions on the strong beats and gives it a very cool sound.

Najee - The Other Side of the Pillow

I’m almost done with this box set. One more Candy solo after this, and one more Najee solo.

Anna Stesia is a classic slow funk jam in (concert) C. Candy’s solo is short and sweet – only about 8 bars, with some fills after that, but she’s got some nice licks in there. Nothing too hard here, and just one high note to worry about. In bar 12, she’s trilling between E and G. I wasn’t sure if that was clear from the notation. The minor third trill is classic blues/funk/R&B/pop staple – it always works!

Listening back to my recording, my timing was pretty off in the first few bars. I should have done a few more takes!

These are both pretty tough to play. The tempo is pretty fast, and she’s pulling out all of the stops with false fingerings, altissimo, and a freak-out to end each solo.

The same goes for the ‘freak out’ effects at the end. On the first solo I generally get the idea that she holds the high A, then when she switches to G she basically starts trilling with the fingers of her right hand while moving between G-F-E. The embouchure helps turn the whole thing into a slide. The end of the second solo is basically a slide up to high B and then a lip/finger fall from there.

Good luck with this one – I could definitely use some more time in the practice room on them!

Everlasting now gives the whole band a chance to open up and solo, if only for eight bars at time. The track starts out with a funky “p-funk” feel to it, but then transitions into a quasi-latin jazz groove for the solos.

Candy Dulfer takes the first sax solo (I’ll probably post that one next), with guitar, piano, and bone solos as well. Maceo is in the middle and only gets eight bars, even though some of the soloists (like Candy) come back for another round later.

This track reminds me of Branford Marsalis quote from the movie/documentary “Bring on the Night”. I can’t find the exact quote, but he’s comparing playing in a jazz setting to playing with Sting. In jazz you have the luxury of building a solo over several choruses. But in pop music, you have to burn from the first bar.

That couldn’t be more true here! It’s a pretty up tempo track, so it really flies by, clocking in at about fifteen seconds total.

You’ll notice in the third bar how there’s a Bb that feels kind of out of context. Listening closely to the track slowed down, I’m pretty sure Maceo plays it, but it sounds cracked, like it was an overtone. I’m guessing that it was not intentional – like he started to go in one direction and then changed his mind.

I always struggle with how to transcribe and practice stuff like that. What I’ve settled on is to notate things as accurately as I can (so the note is there), but I don’t go out of my way to learn the ‘mistake’ when I practice. In this case I practiced the line both ways. It’s kind of all or nothing though, either the note is fully there as part of the line (which I don’t think is what Maceo intended), or it’s a ghosted note, which is ultimately how I ended up playing it in the video.

Listening back to my recording of this take, I realize that I need to keep the air supporting through the whole line better. At the end of the solo it feels like half of the lines are ghosted. There’s something to this whole recording yourself practicing thing – people should do it more!

Around 1986, my family got it’s first CD player. For those of you who are under 30, allow me to explain that ‘CD’ stands for ‘compact disc’, which is an ancient medium used by past generations to listen to music. You had to pay for them with money in a physical store, fending off dinosaurs on the way home 😉 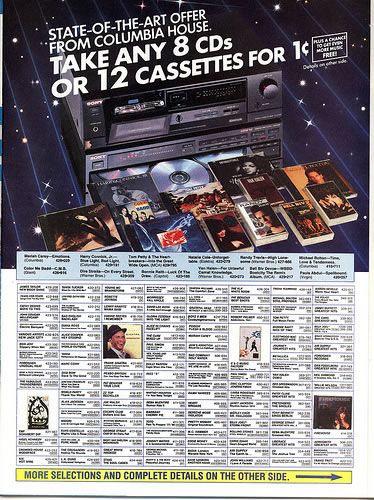 nyway, to bootstrap our music collection, we joined one of those ‘music clubs’ that let you get a bunch of CDs right away, and then buy more from their catalog every month (by mail!)

This allowed us to take a giant leap into the digital age. I was a hard-core jazz snob at that point in my life, but these music clubs didn’t carry much in the way of Miles Davis or John Coltrane. What little jazz they did carry skewed towards smooth jazz. So one of the first CDs I got was Najee’s Theme by Najee: 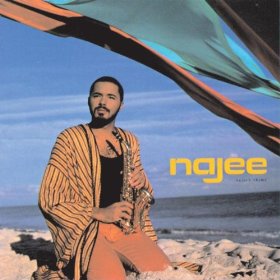 I probably listened to it once and never gave it a second thought. I heard the reverb, synth pads, and drum machines and figured that this guy wasn’t a serious player who had anything to offer me.

Fast forward 30 years, and I’m working my way through Prince’s “One Night Alone – Live” box set. I hear Prince call out the name Najee and then I’m treated to a solo by an alto player with some serious high chops. I do some research…same Najee!

I don’t know for sure, but I’m guessing that Candy and Najee split duties in the NPG horn section based on who was available any given night. They both seem to fill the same role in the section. Regardless, I have a new respect for the guy, although in all fairness to him, I had no reason to dis-respect him before aside from my own ignorance!

“1+1+1 is 3” is straight up funk jam. If you dropped the needle on it, you’d think it was a James Brown record. Najee comes out swinging in the first bar with a clear, pure, three-note altissimo motif. He plays that same riff ten times in his sixteen bar solo, twisting it around and playing with the time, but he nails it every time. The only thing I can fault him for is that his high A is a little sharp.

That just shows how strong his high chops are. It’s one thing to pull out that lick once or twice, but he really commits to it. You don’t do that unless you know that you can nail it a thousand times in a row, not just ten. I practiced it for about an hour over two practice sessions over two different days and my lip is still sore a day or two later!

The rest of the solo is pretty straightforward – some blues licks and a cool four-bar stop time section where Najee lays down some bop-like runs.